Fallen Angel at the Little Shop of Horrors 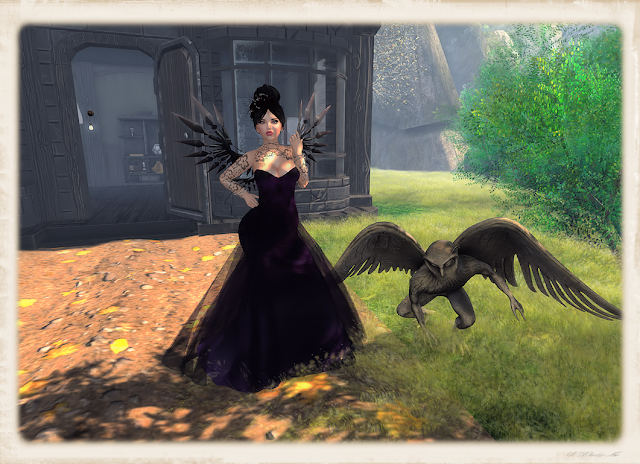 Well, I did mange to make my way to heaven if only for a few minutes. But, after arriving at the "gates" I was laughed at repeatedly for what seemed like hours. A couple of guards were whispering toward me and pointing. I looked down and where once I had been wearing white, now was all turned purple. I was asked rather sternly to leave and just then the platform I was standing on opened and down I went. Talk about a falling Angel. The gargoyle which was beside me sprouted some wings and helped me land without damaging a feather at all. I guess this time around I will be a little nicer to those who wronged me before 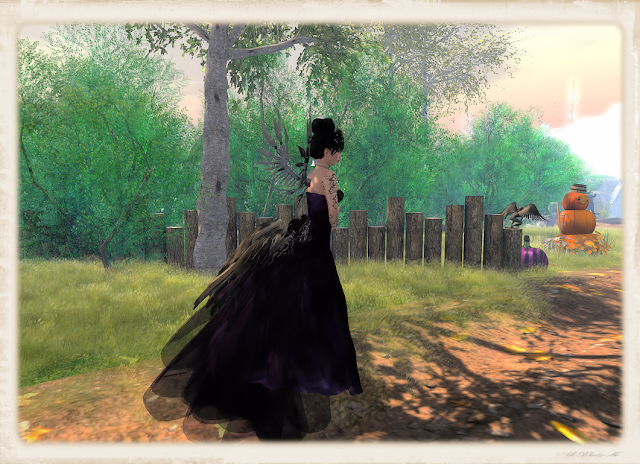 My beautiful gown called Sweet enchanting night: Jordyn is an Exclusive by Beyond Persuasion designs for the Twe12ve event which runs until September 30th. It is available in several different colors, each one just as beautiful as the first. A tattoo as well from the event is the Fairy Dust Tattoo by Divine Ink 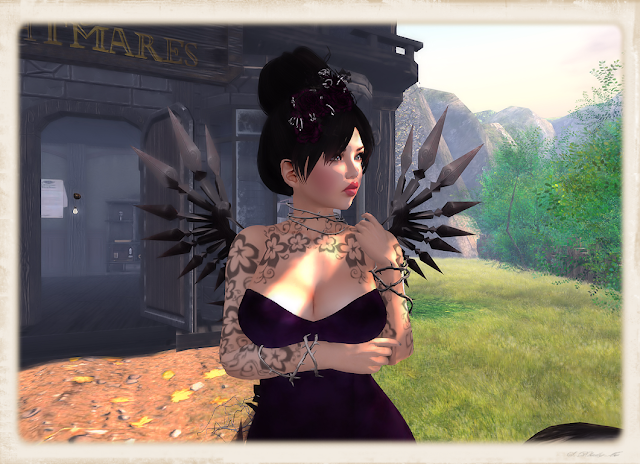 ..elation.., now known as Creepy twins, designed these fantastic Mesh Metal Wings called Fly by Night. Now located in the discount items section upstairs at the store. They are also having a 25% off sale right now. 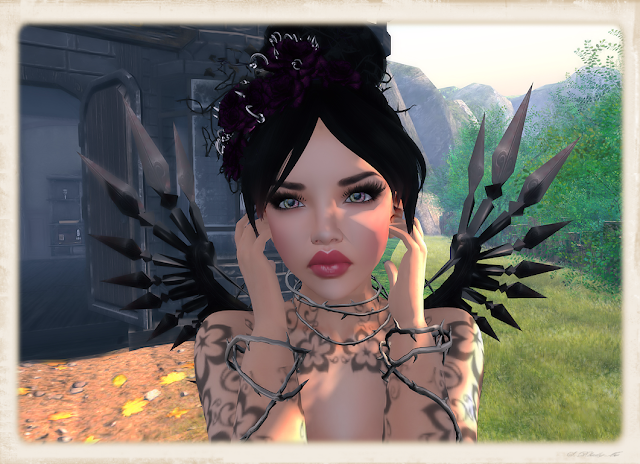 The gorgeous skin I am wearing is called Lucille V2. It is a system skin that 7 Deadly s[K]ins created for the Rock Your Rack event with 100% of the sales proceeds going to The National Breast Cancer Foundation. This box includes 12 system skins with and without cleavage in 6 skin tones. ( I am wearing the Apricot CL v2 from System box 2. Included are appliers for Slink hands/feet, Tango and Phatazz.


The wicked cool eyes I am wearing are the Morgaine Eyes 6 by Mesange. There are several colors to choose from and they are also an exclusive for Twe12ve 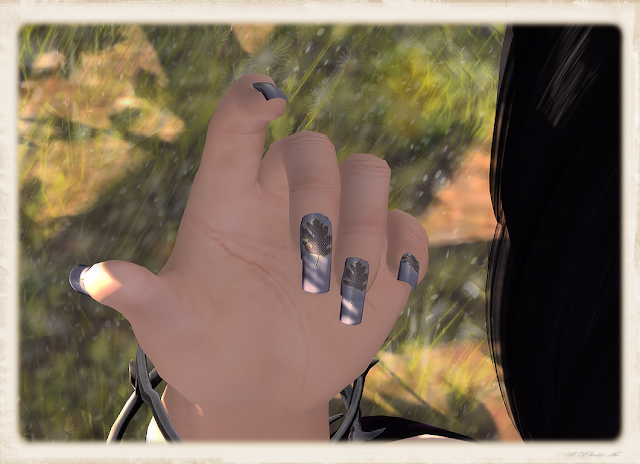 Dark Passions - Koffin Nails Fall Cutouts is part of a seasonal in store gift event, normally for the VIP members, but for Fall it is open to the general public. It is called Secret Code. Find the sign with the arrow and follow it to the vendor with the "Fall Cutouts" image on it. Next say the Secret Code NOTE: Code will be given to you at main store.  And you will receive this fantastic fatpack with Slink, Maitreya and Omega appliers in it. 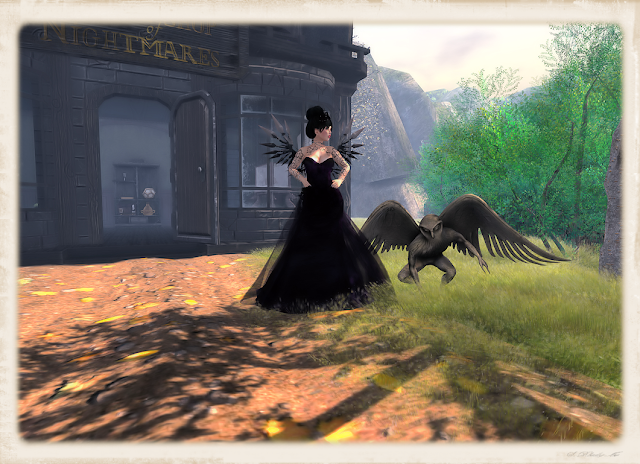 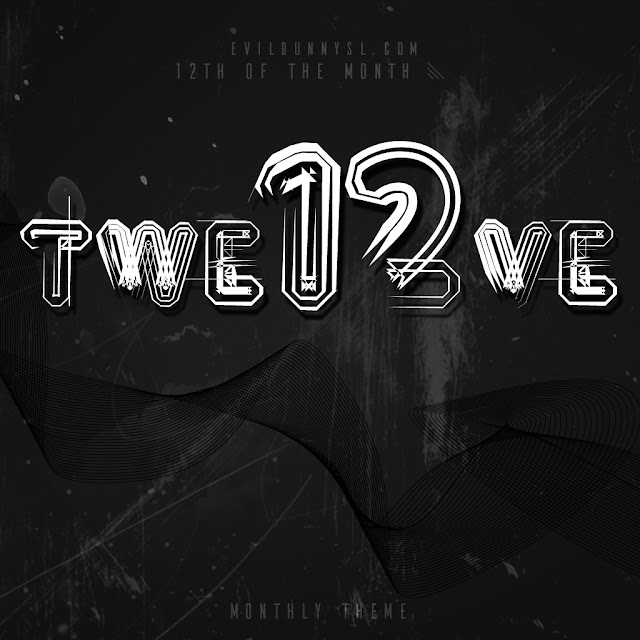 Posted by Aerlinniel Vella at 10:53 PM