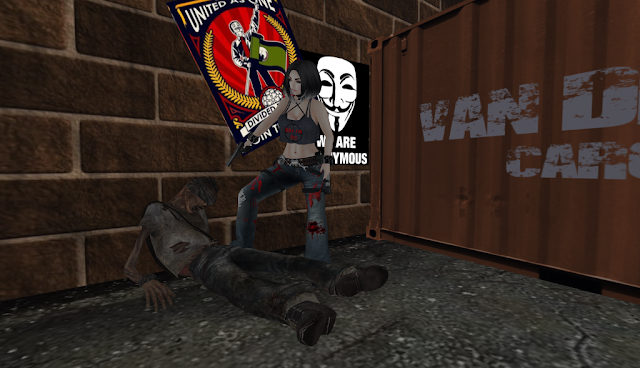 "I told you for the last time you Zombie you" Stop trying to bite me! Noticing I was being followed by those stinky ole Zombies, I ducked into a corner and literally stopped him in his tracks. Now this is fun target practicing.It was awesome to have on some suitable clothing for this adventure. Even my nails are done up appropriately.And, of course I didn't even mess my hair up while taking out some of these creatures. "insert giggle here" "NEXT!" 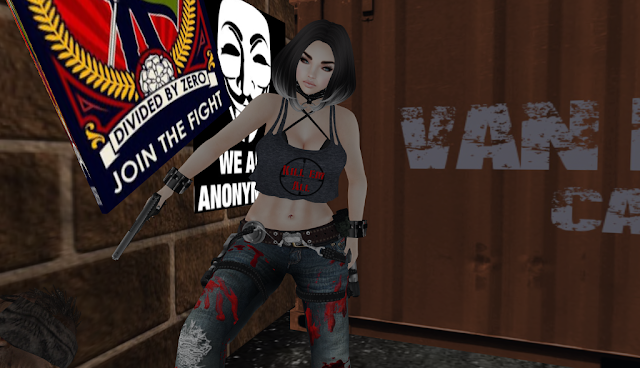 The Alchemy is open for the September Round and HeadDesk has this fantastic hair to crown your head available at the event. Teamed up with a great "complete" outfit called Kill Em All v2 by +Facepalm+, you can hit the streets of your favorite post apocalyptic area and take on some of  your own zombies, dressed fully from head to toe including the guns at your hips (gun in hand part of pose prop). You can find these along with many other fantastic items here: All of these items will be on sale at The Alchemy until September 20th. Runs 1st to 20th of each month, new releases at under 200L http://maps.secondlife.com/secondlife/Thentis/86/162/2108

With the help of this great photo pose and prop called  Zombie Killer, by *Come Soon Poses* I was able to do this great role-play photo shoot and play out shooting some zombies of my own. This can be found at their main store here:
http://maps.secondlife.com/secondlife/Heavens%20Touch/50/216/23 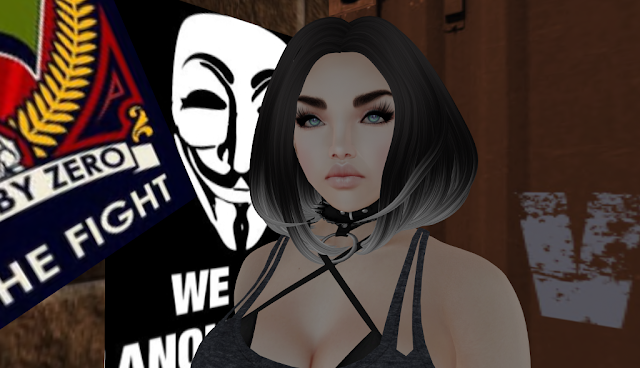 The lovely pale skin I have on is the Mellow system skin in Powder v1 by 7 Deadly s{K}ins. A Limited Edition Skin, I am wearing it with my Maitreya Lara body and Slink hands/feet. This PALE system skin box contains 5 skins in the tones, Marshmallow, Powder, Snow, Cotton Candy and Sand. Plain and freckled version, with and without cleavage, a total of 20 skins! Omega body, Tango, Phatazz and Slink hands/feet appliers are also included. All the Major Body appliers are available in store at 7 Deadly s{K}ins for Maitreya, Belleza, Omega Appliers, Slink, TMP, Banned Lena etc....

The lovely blue eyes are the Sovereign Eyes in Nymph by IKON, comes with mesh as well as system eyes and hud  http://maps.secondlife.com/secondlife/IKON/143/128/501 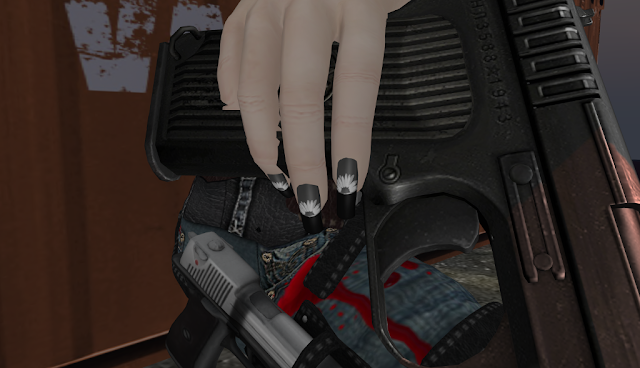 Posted by Aerlinniel Vella at 2:47 PM