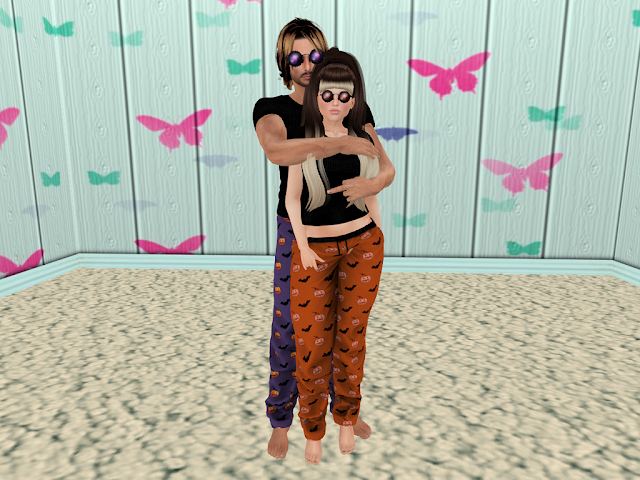 We have some new pajamas at our house, and Rodd and I decided to show them off to you while Gwennie is at work. She'll show hers off later, I'm sure of that. So these great pajamas are a new release called Pumpkin Eater for men and women at Facepalm Clothing Company. They come in fitmesh, mesh body and standard sizes. And include a 6 color texture hud.
Rodd, being a ham as usual couldn't resist flipping off the camera, he's a very strange male. 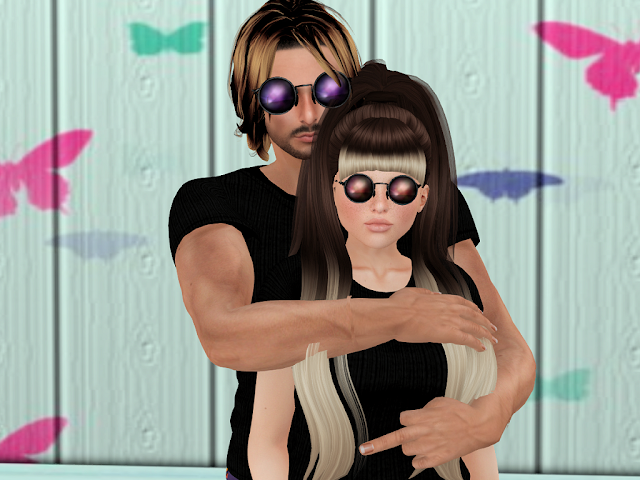 We are wearing some great new Morgan Glasses by The Little Bat. These also come with an 8 color change hud for the lenses, resize scripted and unrigged. Exclusively on sale at Suicide Dollz August 20-Sept 8 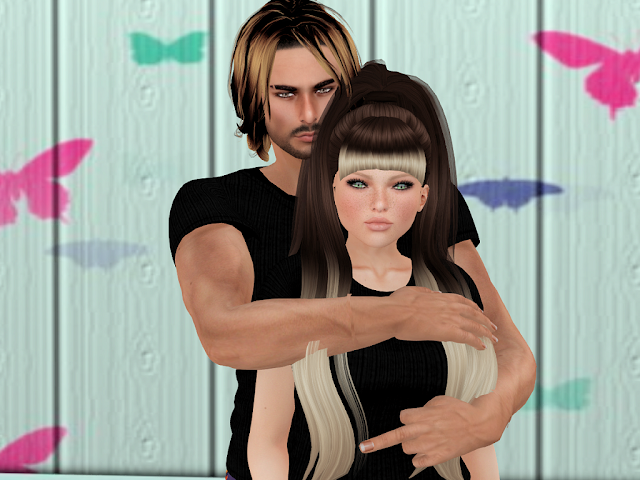 The skin that I am wearing with the ohhh so adorable freckles is Raquel, freckled version in apricot, by 7 Deadly s{K}ins. She is a Lelutka based skin that includes a Lelutka mesh head applier modeled after the Lelutka Simone head (worn here with the Stella head), in 6 skin tones. This is also available in a separate box containing the same tones in plain version. Also available for purchase is the fantastic shape to go with it!

My hair is a new release by Sn@tch called Bronte. It is a rigged mesh hair in 2 sizes and available in your choice of 5 different texture packs. My favorite for this hairstyle is the ombre which I am wearing. 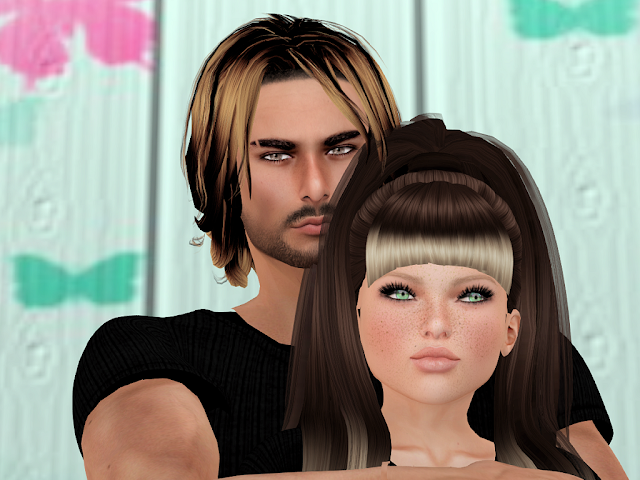 Rodd is wearing a skin by 7 Deadly s[K]ins as well. He has on the Judas Fathers Day special skin in Caramel. This comes with 2 system skins with and without HB, as well as Omega head and TMP appliers. This isn't all, this package also includes a version of this skin in clay and a women's gift as well. Did I say GIFT?! I sure did, this is the Day 21 skin from the Harvest Days Advent Calendar for the VIPs at the store. It is only $100L to join the group right now and have access to some fantastic daily gifts. If you missed a day, no worries, the gift can be purchased for only $99L. All other body appliers are available as well at the main store.

Rodd is also wearing the Alli & Ali hair, Kalid in Dark Honey. An older hair but still a great one for the guys. 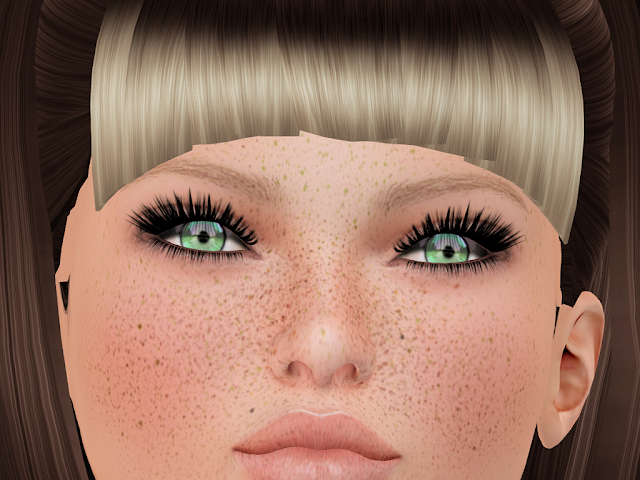 My eyes are a creation of Banana Banshee called Gabriel. These eyes are sold in several different color choices or available in a fatpack, I have on the mint tone. They contain mesh eyes with hud and applier hud compatible with Omega and Genesis Lab, there is also a dark sclera option. 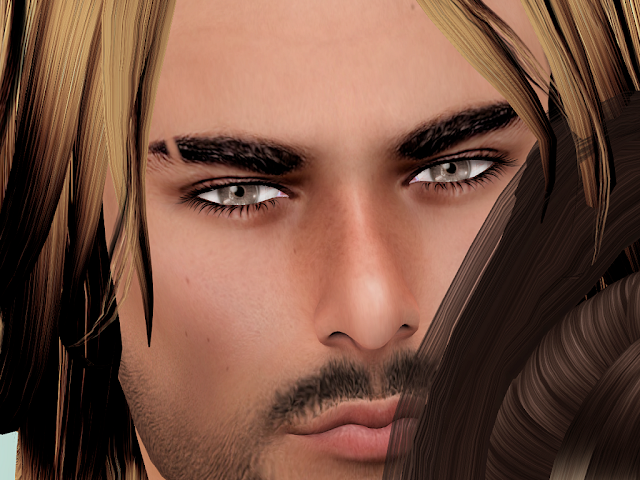 Rodd has on the Emor Eyes in Danger tone by Inkheart. These come with 3 sizes in mesh and system eyes. 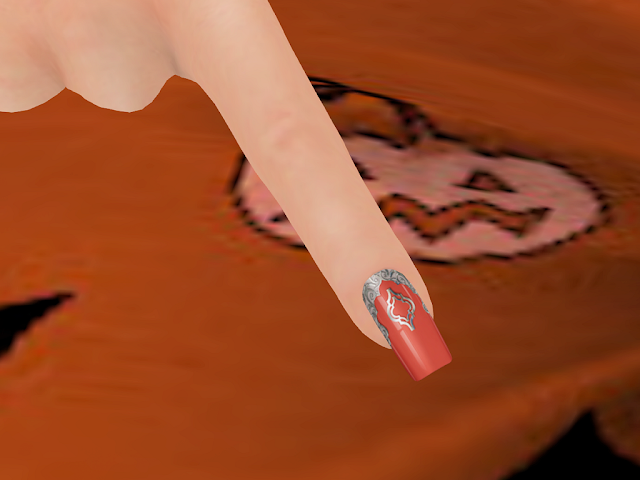 I also have on some great nails by Dark Passions for Omega, Maitreya and Slink. They come with a 9 texture hud and in two different fatpack choices, Silver or Gold. Moroccan Chic is exclusively on sale now at Genre - Moroccan Aug 15-Sept 11 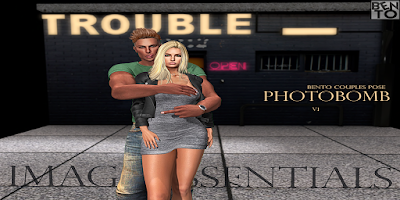 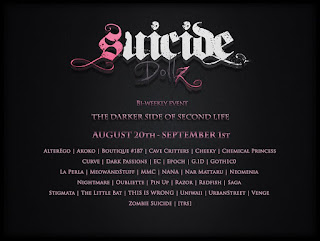 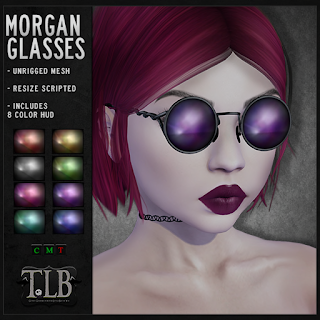 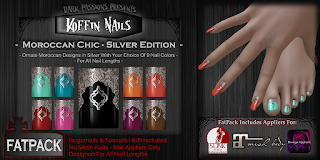 Posted by Aerlinniel Vella at 8:28 PM