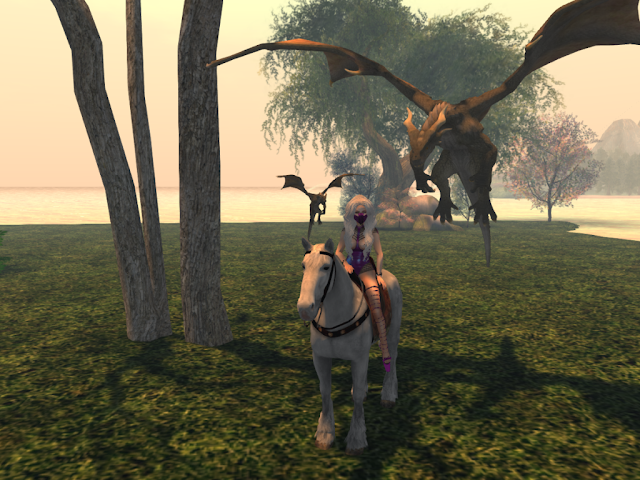 They called her Mysa, mother, and she road a great steed with dragons following close behind. At times, one could even spot the silver haired beauty resting upon a rock, a dragon curled up close to her, much like a dog would with it's master. 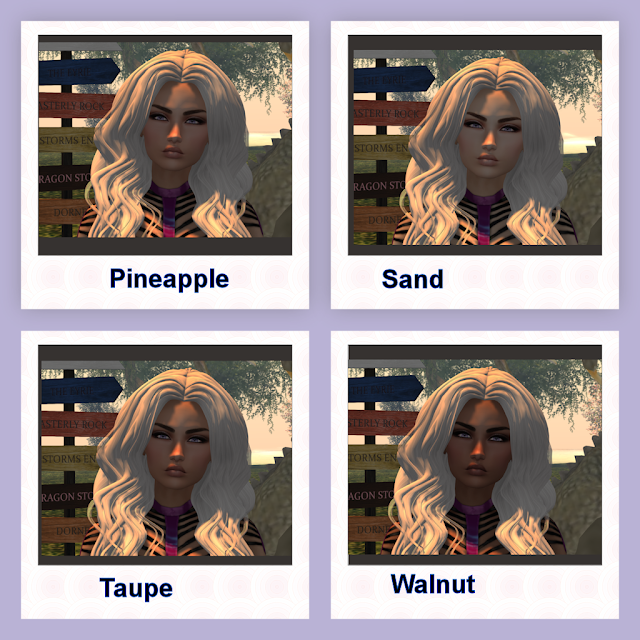 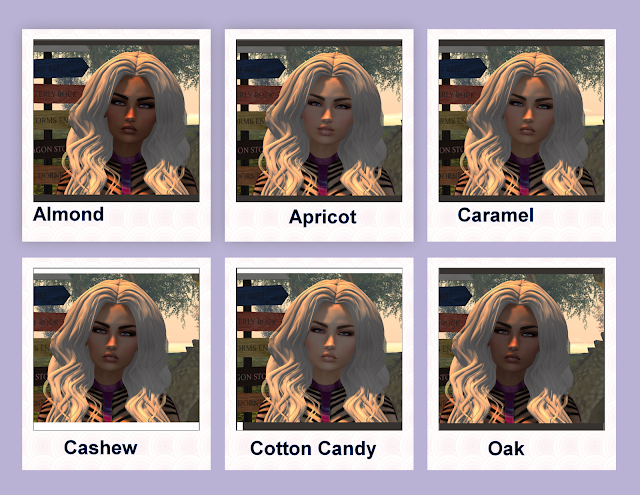 7 Deadly s[K]ins has another fantastic new skin for us named, Anoushka. This comes in two different boxes, containing dark/tanned skins and the lighter/pale ones. There is also a shape available! It is an omega face and body applier based skin, with an all in one applier to make it much easier to wear. This beauty is modeled after the GA.EG bento mesh head. But looks great on others as well as shown here, worn with the Catwa Catya head. This skin will make it's debut at the new round of eBento  September 10. 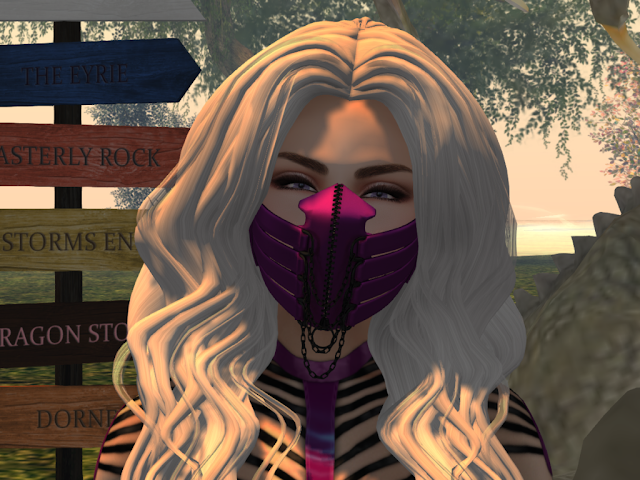 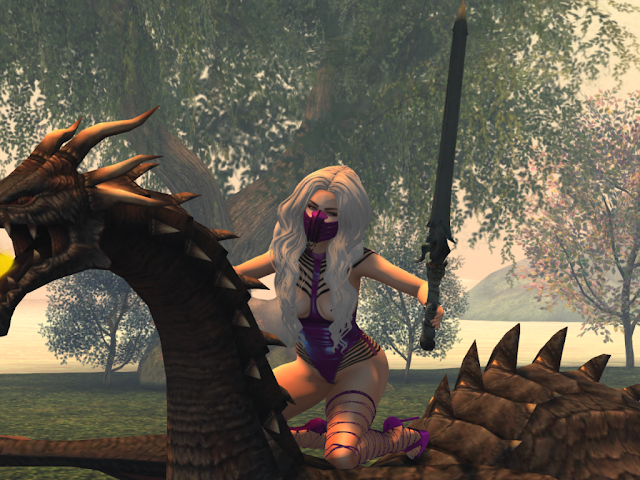 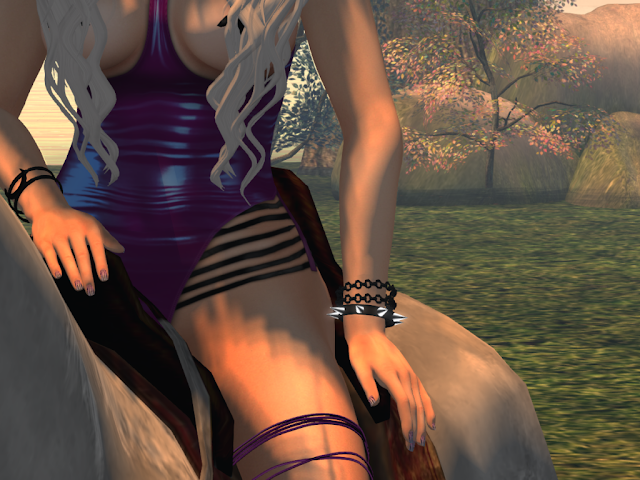 BLAXIUM also had another fantastic creation for us. The Akilah Outfit comes in several colors,  Delirium (purple) shown here. It includes the body suit, pasties, bracelets, boots and mask. The boots are compatible with Belleza, Slink and Maitreya feet. The outfit includes appliers for Omega, Belleza, Maitreya and TMP. Also included are system layers for non mesh avatars.

A new release by Sn@tch is the lovely Sister Hair. which includes two mesh sizes as well as your choice of 5 great texture hud packs. This is a great long style for role play, gothic styling or pretty much any look you would wear. 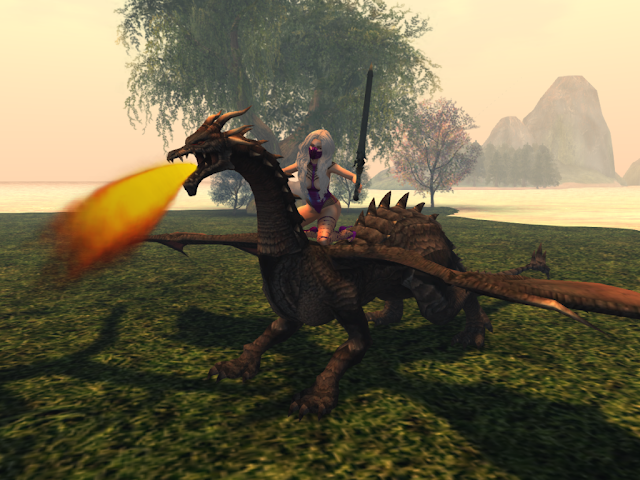 Something New created the magnificent pose prop,  Mother Dragon Fighter. This is one in a collection of three different pose props on sale at 50% off until Sept 1 in the main store. ( Each prop sold separately) 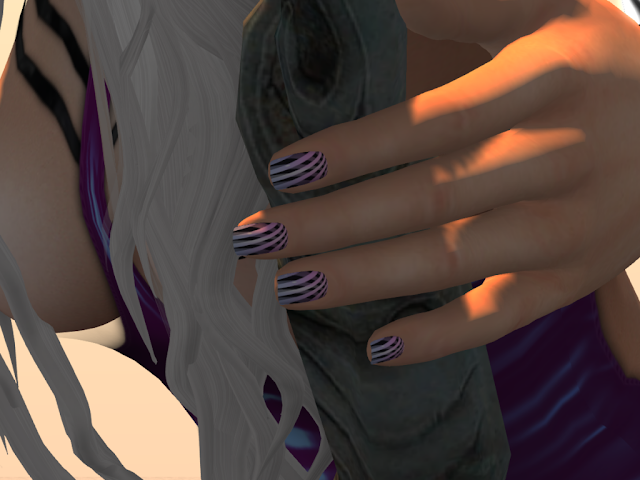 Go Frock Yourself  designed these fantastic Lovelace Fade Nail Appliers which come in appliers for Belleza, Slink and Now Omega! Worn here with Vista bento hands. These include a 10 texture hud to fit any style. 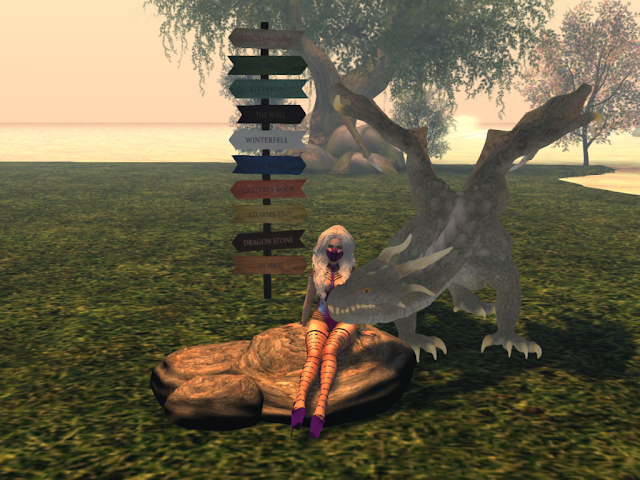 high v. Created the great game of thrones sign for FiFridays and it is only 55L! It comes in your choice of straight or crooked. 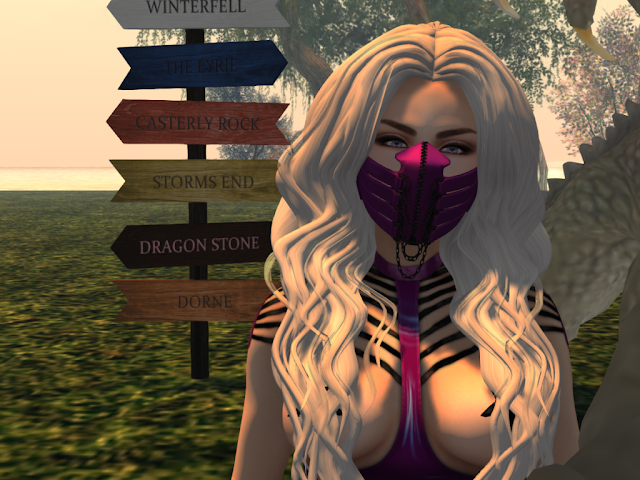 MICHAN created the lovely  Riko Eyes for Catwa,with 8 colors in one hud which can be applied separately like I did in the picture above. These are available now at the Anybody Event August 19-30th.

The third pose prop with single pose in the special sale at Something New is Mother Dragon. Also on sale at 50% off until Sept 1 in the main store. 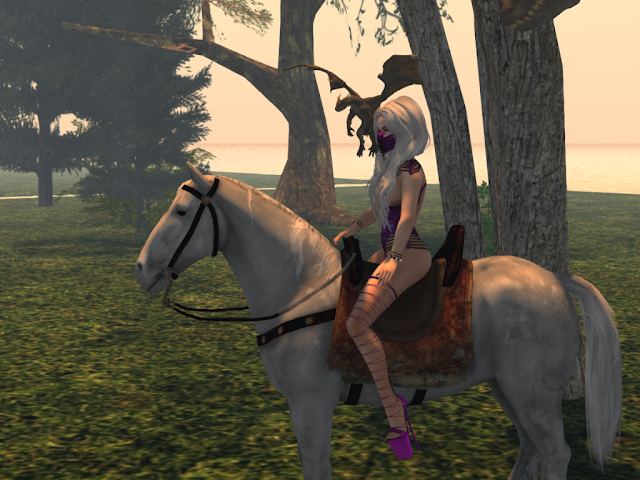 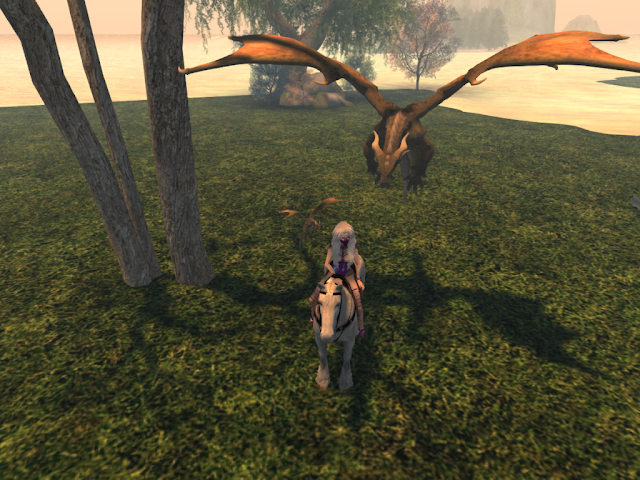 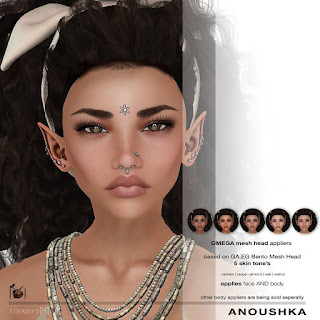 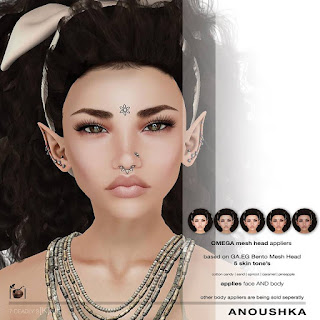 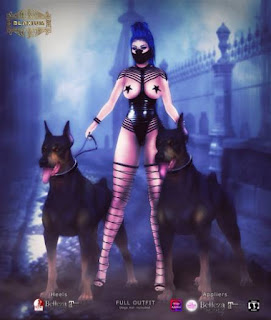 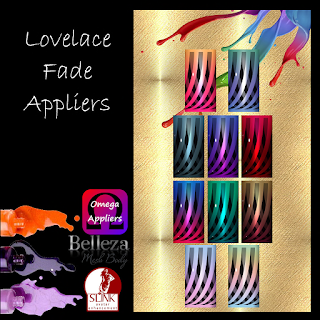 Posted by Aerlinniel Vella at 6:24 PM