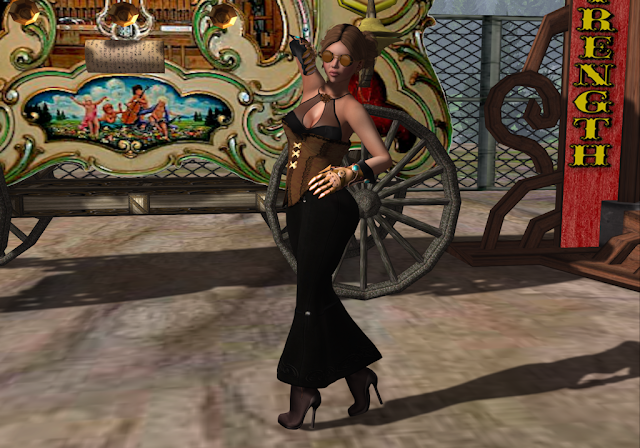 While out for a drive the other day I noticed a Steampunk Festival along the side of the road. I decided to stop and have a look, Maybe,  just maybe I would find something interesting while there. Well, I came upon the "Test your strength" part and after a few minutes of the person there trying to get me to try it I succumbed to do just that. It was a bit funny. I could barely hold the giant hammer up and after a few misses completely, I dropped the hammer and fell to my knees. 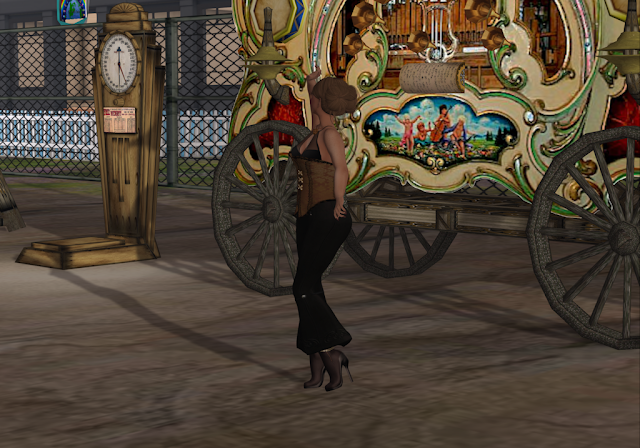 I am wearing the Victoria Corset (applier for bra, mesh corset with texture change hud) and Velvet Boots (Only for Slink High in black & brown), by Viki for sale at the Steampunk Festival running now until September 30th. Both exclusives at the event.


Paired up with a Steampunk Skirt in brown from a gacha at Yasum, mesh and available in many colors, this one matched really well with my ensemble. 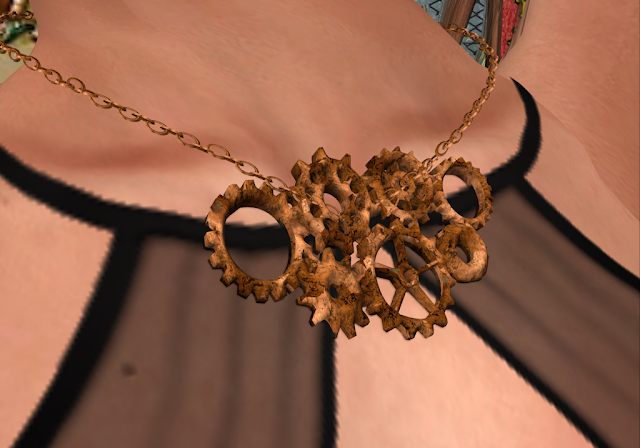 Also worn from the Steampunk Festival are the Geared Jewelry by Dragonsworn Track Stores and Steampunk Tree nails by Perfect Seduction, both 10L gifts. 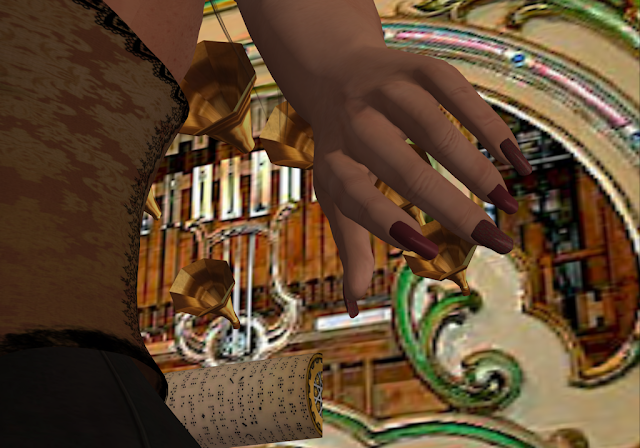 The gorgeous skin I am wearing is called Lucille. It is a system skin that 7 Deadly s[K]ins created for the Rock Your Rack event with 100% of the sales proceeds going to The National Breast Cancer Foundation. This box includes 12 system skins with and without cleavage in 6 skin tones. ( I am wearing the Apricot tone V1. Included are appliers for Slink hands/feet, Tango and Phatazz.

All the Major Body appliers are available in store at 7 Deadly s{K}ins for Maitreya, Belleza, Omega Appliers, Slink, TMP, Banned Lena etc....
The eyes I am wearing are system eyes by IKON, called Sunrise Eyes in Gaelic Silver. They come in three sizes to suit your needs.


Exile:: is the designer of the hair I have on, called Southern Shade in Naturals. It is available in several color packs to fit your personal look. A great updo for many different occassions. 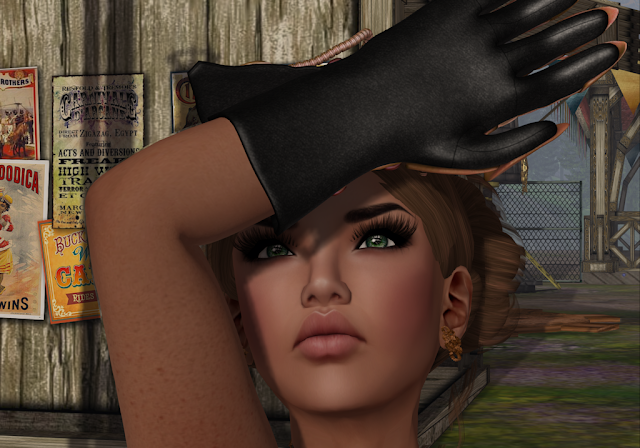 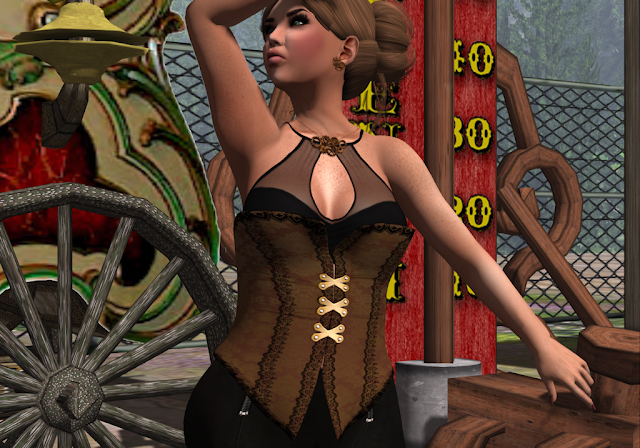 .{PSYCHO:Byts}. created the Steampunk Gauntlets I am wearing, with highly customizable hud, these were a past Mesh Avenue Exclusive, they are now available in the main store. 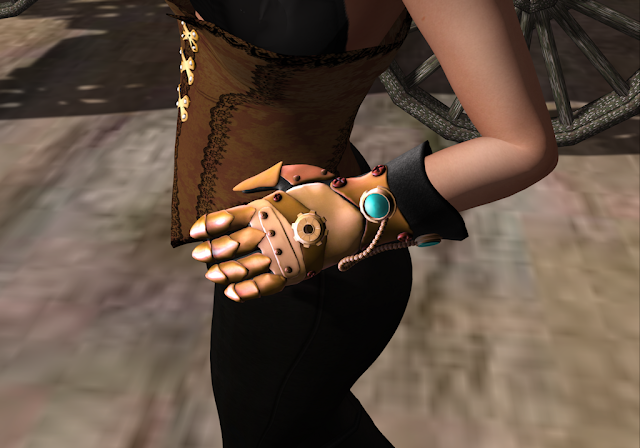 The goggles I am wearing are by Chaos, Panic and Disorder. I had purchased them at the Timekiller Fair a while back but they can be found at the main store now. 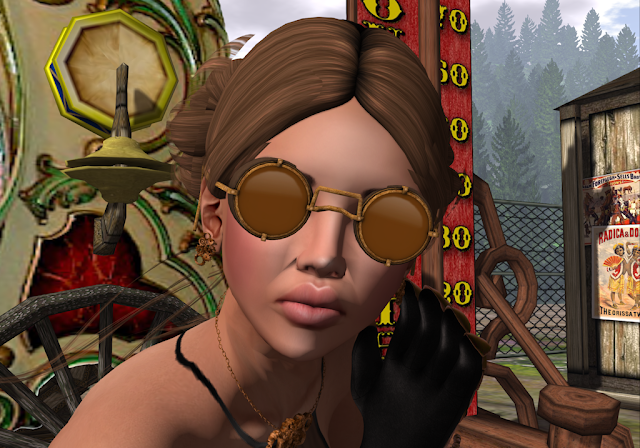 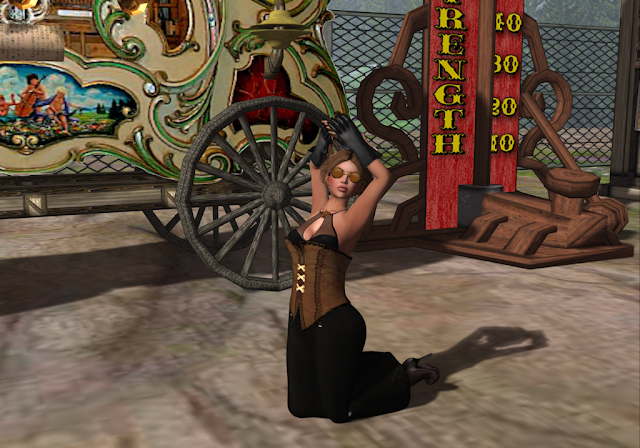 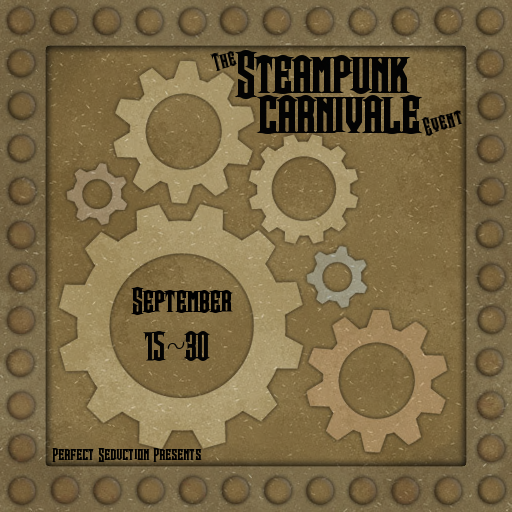 Posted by Aerlinniel Vella at 6:10 PM