I Run To You collaboration post with Gwen Gudkov 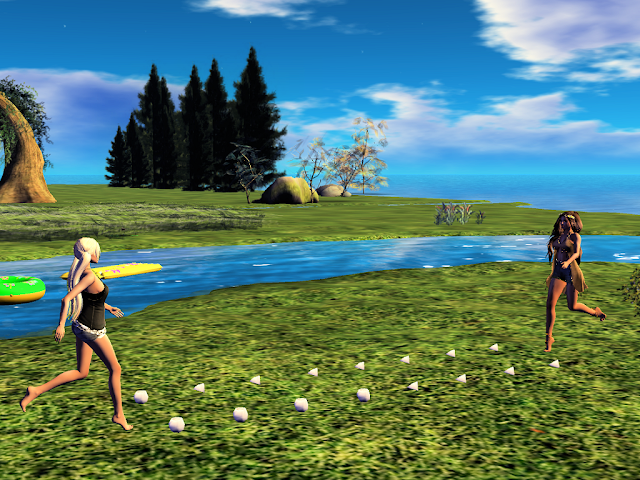 I saw her standing there, and she saw me, it had been a  long day and she was home from work, together we began to run towards each other.

Pose called Run To You by FashiOwl for Tropical Summer Fair only until June 17th
http://maps.secondlife.com/secondlife/Avarua%20Bay/128/129/23 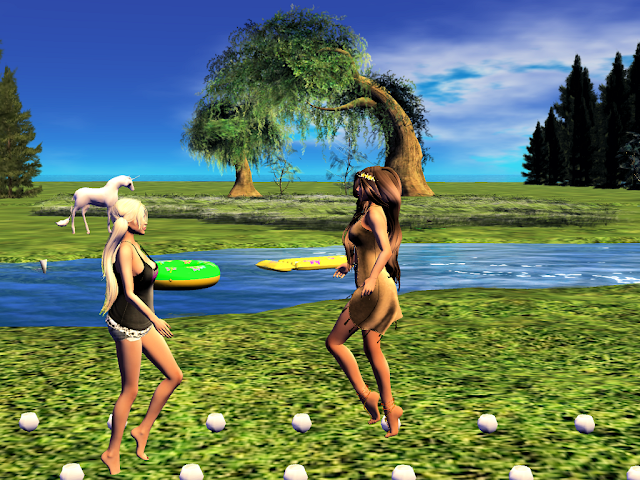 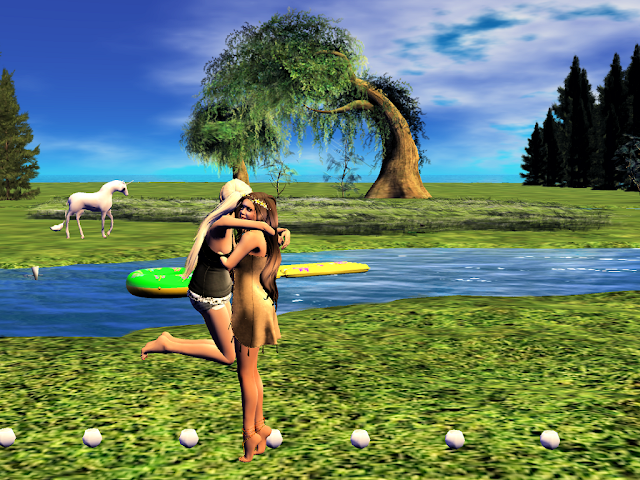 Finally, we reached each other and hugged oh so tight! I was wearing the great new Sandstorm outfit by <Trashed >. And a pretty yellow flower tiara by Splendore which is a FREE gift. A Surfer's Necklace for both male and female, by Indulge Temptation. You can find all of these items at the Jersey Shore event  until June 25th
http://maps.secondlife.com/secondlife/Brewery/126/145/25

Even the fantastic Eden Skin in almond, by 7 Deadly skins is exclusive to the Jersey Shore event. The skin comes in 12 system skins with and without cleavage in 5 skin tones. Also included are appliers for Slink hands/feet/body, Tango and Phatazz. What an amazing deal!  All the Major Body appliers are available in store at 7 Deadly s{K}ins for Maitreya, Belleza, Omega Appliers, Slink, TMP, Banned Lena etc....
http://maps.secondlife.com/secondlife/Valyria/192/52/23

Upon my feet I had on the African Dream gold Barefoot Sandals by Harambee, for the World At Your Feet Hunt
http://gardeniaslevents.blogspot.com/p/twayf-hunt-locations-hints.html 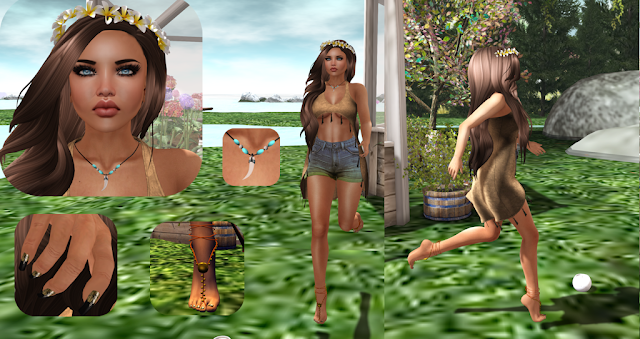 Such a beautiful hair, is Lindsay, a new release by !Head Desk!

And the fantastic Tropical Daze by DP - Koffin Nails are available for Maitreya, Omega, and Slink, or in a fatpack of all three. Found at the  Tropical Summer Fair only until June 17th
http://maps.secondlife.com/secondlife/Avarua%20Bay/128/129/23

Gwen wore the Dark Side Tank -Beautiful and Amber Shorts, both by Facepalm
http://maps.secondlife.com/secondlife/Thentis/187/84/1503

The lovely Savinja A hair by ExXeSs
Inkheart Emotional Eyes in Dream
http://maps.secondlife.com/secondlife/Neptune/95/31/28

Gwen is wearing a beautiful Omega applier based skin for Mesh heads by 7 Deadly Skins, called Joy in the Chestnut tone. Box contains not only the Omega head applier, but also Omega body applier and Slink hands/feet applier. She is wearing this with Maitreya Mesh body Lara, and Catwa Gwen head. . All the Major Body appliers are available in store at 7 Deadly s{K}ins for Maitreya, Belleza, Omega HEAD Appliers, Slink, TMP, Banned Lena etc….
http://maps.secondlife.com/secondlife/Valyria/192/52/23 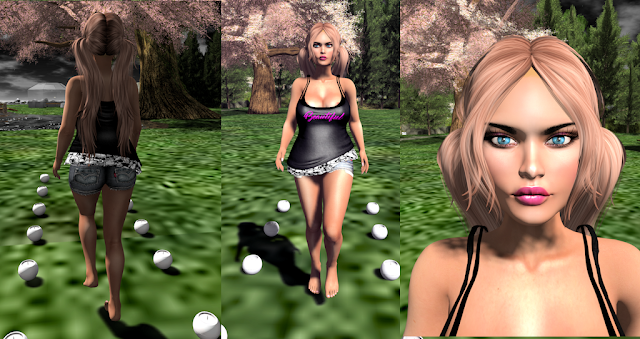 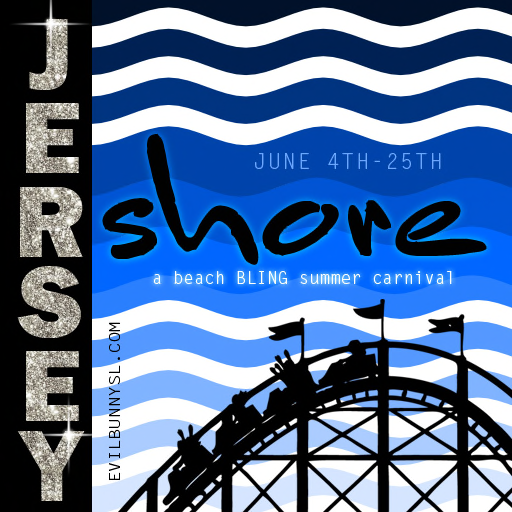 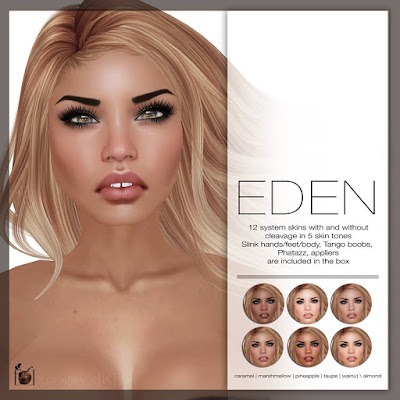 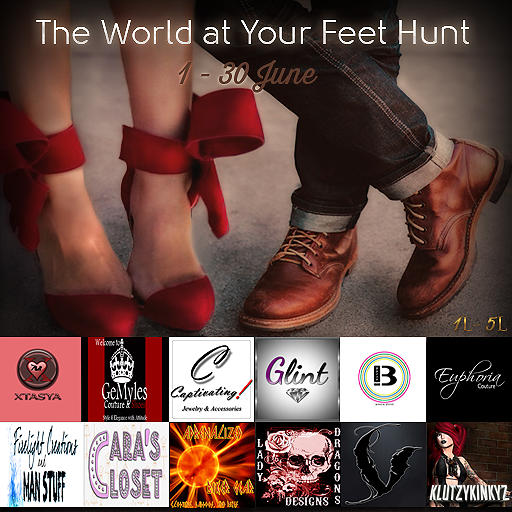 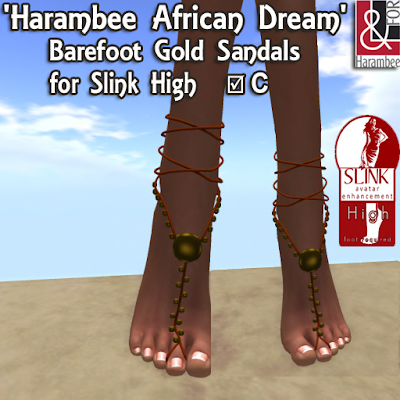 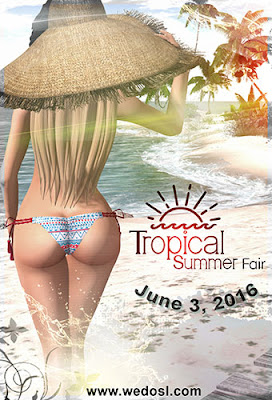 Posted by Aerlinniel Vella at 4:31 PM